Air Bag Light Repair Near Me 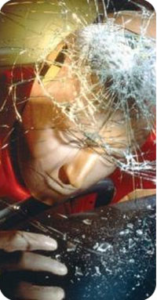 At Platinum Plus Auto Repair we can help an illuminated airbag. That light means your airbag system is compromised and you are driving without the protection of airbags, which makes this an important light to diagnose promptly.
Multiple variations of the airbag warning light exist. Most vehicles will show the word “Airbag,” the letters “SRS,” or a picture of an airbag deploying. All of these lights mean the same thing: something is malfunctioning with your airbag system.
Primary airbag system components:
The four primary components of the airbag system are the backup battery, impact sensor, clock springs, and airbag module. Each of these is susceptible to issues that can cause the airbag warning light to turn on.
Airbag backup battery:
Airbag deployment is powered by your car’s battery. Because most car batteries are at the front of the vehicle, however, they’re susceptible to damage in the event of a collision. In certain cases an accident can crush the vehicle’s battery before it has time to trigger the airbags. The airbag has a backup battery just for such cases. However, the backup battery is charged by the main battery, so if your car’s battery has been depleted, chances are high that your airbag’s backup battery has been as well. Usually this issue will resolve itself once the car battery has fully charged again, though in some cases a soft-code error will remain even after charging, which will keep the airbag light illuminated.
Impact or crash sensors:
Impact sensors – also known as crash sensors – alert your airbag module when your vehicle is involved in a crash. Your car has many sensors placed in various locations throughout its body, so that impact on any part of the vehicle can be sensed. Upon impact, the crash sensors send a signal to the airbag module to deploy the airbags. If any of the sensors or wires are damaged, the airbag module may not know when to deploy the airbags in the event of an accident.
Clock springs:
The clock springs are responsible for triggering the deployment of the airbag when the module receives a signal from the impact sensors. The clock springs aren’t actual springs, but rather wires that conduct electricity from the module to the airbags in the steering wheel. When the wires become worn or brittle they can become less reliable. The driver’s airbag clock springs are especially susceptible, because they coil in and out to maintain continuity as the steering wheel turns.
This is a more common issue on older vehicles, which have mechanical clock springs that are prone to failure over time. Newer cars have electronic clock springs that are more reliable.
Airbag module:
The module is the computer that controls the functions of the entire airbag system. It receives information from the impact sensors and deploys the airbags via the clock springs in the steering wheel or through a hard wire for passenger or side-curtain air bags. When the module is deactivated or ceases to work, the communication in the system is lost and the airbags will not deploy. Many airbag modules are placed below the seats, making them susceptible to water damage. Even a small amount of moisture can result in corrosion and can render the module inoperable.
Common reasons for this to happen:
Depleted airbag backup battery
Damaged impact sensors or wires
Worn clock springs (mechanical or electronic)
Corroded or shorted airbag module
What to expect:
A Technician will determine the source and cause of the airbag issue, and will then provide a detailed inspection report that includes the scope and cost of the necessary repairs.
How it’s done:
The mechanic will scan the car for error codes and carefully check the entire airbag system for problems.
How important is this service?
Driving with the airbag light on isn’t very likely to cause damage to your vehicle, but your airbags will not deploy in the event of an accident, which makes your car much less safe. When you see the airbag light illuminate, find a safe place to park the car and book a mechanic to perform a thorough diagnosis.